I’ll get to the subject in a second, but first I’d like to play a little catch-up as far as what I’ve been up to in the past… well… ever.

I did all my leveling as a Prot Warrior. After reaching 110, I wanted to complete his Warrior Campaign. Part of my OCD when it comes to leveling alts, I suppose. So when I had to run Maw of Souls, I did what I usually did. I queued up as DPS.

“What? Why?” you might ask. Why queue up as damage when I’ve leveled to cap as a tank? Actually, most of you might not ask that. I did it for the same reason most people don’t, despite leveling as a tank themselves.

When you’re tanking in a pug, you’re arguably the second-most important role behind the healer. It’s your job to pull, keep the mobs from attacking the squishy other characters, and keep the group progressing at a rate that’s fast enough for the DPS, slow enough for the healer to keep up, and just the right pace to be able to handle the adds.  If you fail at any of those duties, in the eyes of others in the group, you’ll hear about it (and it won’t be in a format that most would consider “constructive”). Or you won’t hear about it at all and just find yourself kicked from the group.

So I took the easy way out. Wait time, 35 minutes.

“Screw it,” I sighed. I swallowed my fear/pride, braced myself for insults, and queued as Tank.

Boom. Right in the group.

Anyone who’s pugged knows that it’s usually very quiet. People just want to get through it. It’s not social. It’s a necessary evil that must be tolerated. So I looked for any kind of chat that popped up while I tanked.  We went from start to finish without a single character death. We went at a decent pace. I finished the dungeon, got my drop for the Campaign, and didn’t get kicked.

It also gave me a bit of confidence. I didn’t need a pat on the head. I just didn’t want a kick in the ass. All in all, it was a successful experience. More importantly, I learned a few things that helped the experience. Maybe they can help you too, should you want to take the plunge yourself as a newbie tank.

I’ve got another DK that I’m considering taking some time to level. He’s only 60 or so, but I may strictly tank with him to get him leveled a bit quicker. Have you had any luck as a new tank? Let me know in the comments below if you have any suggestions for someone who is taking the tanking plunge.

As you may have noticed in the past little while, I’ve been working on getting more of a Star Wars feel on some of my characters. Today, Bellular helped fuel my issues by releasing a video with some Star Wars inspired WoW Transmogs.

May The Transmog Be With You.

Comments Off on Star Wars Transmog 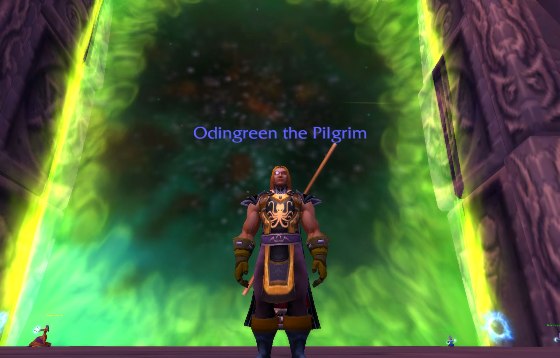 Time to conquer another planet, says the Super Villain-looking dude.

It has been eighteen hours of /play-time, and Odingreen has dinged 61. I don’t know if that’s a good or bad number. It’s like almost four levels per hour, which while abysmal at lower levels, by the mid 50’s or so that seems like some good pacing.

I’ve used one Elixir of the Rapid Mind for that 300% xp buff. These are best used in dungeons, sometime around boss kills and the time you hand in the dungeon quests. It persists through death, but as long as you don’t have a completely idiotic group you should be fine and maybe even squeeze off a level or two during a single run.

How has the experience been, asked no one but I’m suggesting it as a valid question anyway?

There have been some definite pros and cons, which I will now discuss.

If he had one of those captain hats, he’d look like Baron Von Strucker or someone equally Hydra-esque. Hail Marvel!

Much to consider. Until then, keep flexing!

Comments Off on Alpha to Omega – Burning Crusade 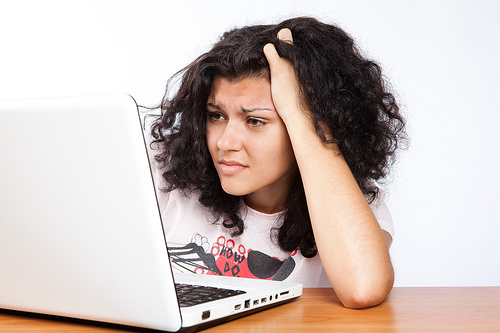 Okay Internet, let’s get one thing straight. I will get Draenor flying. Don’t you worry your pretty little head over it. I just won’t get it in the next few weeks.

And I blame Kephas for that (@TheKephas).

It all started when I was doing the Tanaan Jungle rep grind dance. I was working the quests, picking up Apexis crystal rewards on a character who really didn’t need the gear. “What a waste,” I thought to myself. “At least I’m getting the rep for flying.”

As fate would have it, I happened to be playing his video “Gearing up for Hellfire Citadel” in the background. It’s a great video, and despite the length I highly recommend that you both watch and listen to it. He discusses the best way for gearing up in patch 6.2, so naturally it’s worth checking out.

That video slammed the emergency brakes on my flying progression. Yeah, it was that good. Well, for me anyway. Like I said, I’m a simple beast.

The video in question, or Exhibit A (for Apexis – get it?):

It all seemed like a great way for a character to gear up. That got me thinking – did I have a character that I could gear up like this? At least to the 650ish iLevel?

For the giggles of it I started looking at my level 100 characters. That’s when I found him: 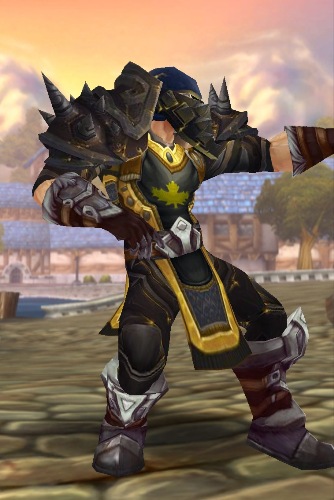 Oh he was terrible for all the right reasons.

I decided that for a few days, I would work to get him into Tanaan Jungle and see about upgrading his gear. Of course, I could wake up tomorrow and decide that this is all stupid and a waste of time. But until then, I think I’ll see what I can do. 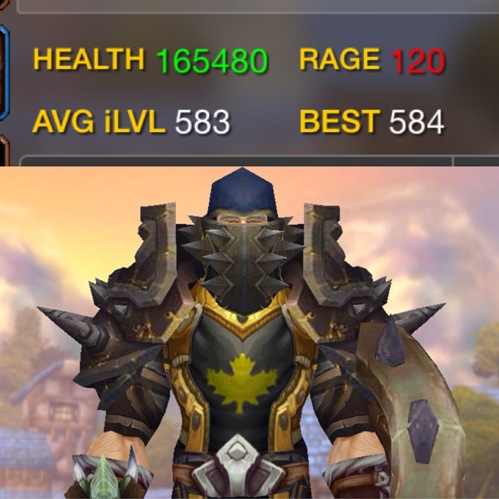 Look at that. I’m playing an undergeared Alliance Prot Warrior. Thanks Kephas!

While World of Warcraft players are fleeing the game like rats from a sinking ship, I can’t seem to stop leveling characters. At last count, I have now taken one Monk, two Warriors, two Hunters, and three Death Knights to level cap. I have one more DK who is tucked away in his bare bones garrison, gathering resources to buy xp potions should he get the leveling nod.

Damn, that’s a lot of Death Knights. That probably reflects on a whole post of other issues, ones I won’t get into here because content. (Stay on target — Editor)

Unlike Mists of Pandaria, which twists my guts into a knot so profound that it would prompt a sailor to give a thumbs up with his obvious erection at the sight of it, I have no problem with the leveling process in WoD. It’s faster this time around because there are so many ways to earn experience – treasures and bonus missions are the bomb-diggity. In fact, this may be the most number of characters I have at level cap since I started playing World of Warcraft.

Speaking of the physical distress I get from leveling through MoP, I have two characters currently sitting in Pandaria. I have no idea what I’m going to do with them, if and when I decide to take my final DK to the “promised land” that is Level 100ville. Will I boost them to avoid questing through MoP? Will I bother leveling yet another Warrior and Hunter up to 100 at all? Should I start a new class from scratch and see what life is like there?

It’s just too bad I’ve got nothing to do with them once they reach level cap. Guess there’s always transmog runs through old content. 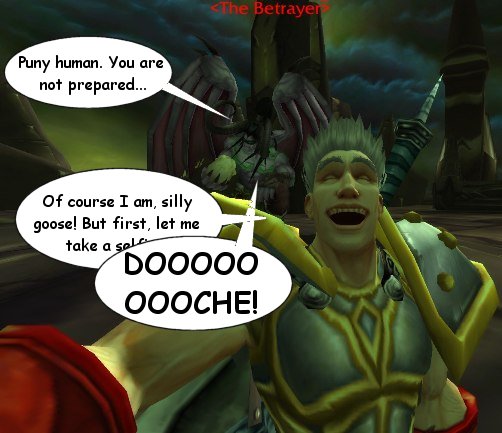