Curse of the Blizzcon Host 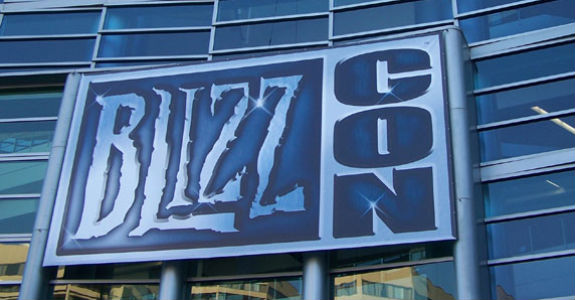 I know what you’re thinking. Maybe I’m jumping the gun a little. Blizzcon 2017 was just announced a couple days ago. Tickets aren’t even on sale yet. Why would I even mention something as silly as the Saturday Blizzcon hosting gig?

Well, after last year’s fiasco, it probably wouldn’t hurt for Blizzard to start giving this a bit of early consideration. Assuming they haven’t already, of course. If they were smart, they would have started flipping through their rolladeck to see if there was anyone willing to return their calls before the body of Thomas Middleditch got cold after Blizzcon 2016.

You remember him, right? He’s the guy from the HBO TV show Silicon Valley that drew question marks when he stepped onstage at Blizzcon 2016. His schtick ticked all the boxes – he was a nerd, a gamer, a bit awkward. Someone that Blizzard fans were supposed to relate to. Unfortunately, his comedy routine fell flat, and the fans shat on him for it. I’m not going to say bullied, but he was ridden hard. He was smashed to the point that, not only did former host Jay Mohr tweet his support for Middleditch, but Thomas felt the need to defend himself on his Instagram. 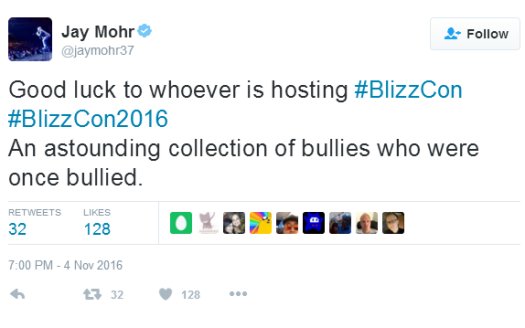 The man knows a thing or two about being shit on by Blizzard fans.

So what’s the move then?  I had a couple of ideas in my post  that I made just after Blizzcon 2016, and I’ll just touch on them again here:

There are about 230 days before Blizzcon 2017. It probably wouldn’t hurt to start looking now. I doubt Blizz will find a former host actively willing to volunteer for the gig. Why not change things up this year?

Fingers crossed, I’ll be there to see it unfold LIVE.

Do you have a favorite host from a past Blizzcon? Who do you think would be a good host for Blizzcon 2017?

Editor’s Note: I had initially started writing this the day after Blizzcon 2016, but then abandoned it because let’s face it – at the time, ragging on the Blizzcon hosting duties was like beating a dead horse. Now social media have moved on to other, uh, things.  So I thought, what the Hell, why not try and revisit this and maybe get some fresh ideas flowing.

I love Blizzcon. I really do. Where else can nerds like me go and feel not only safe, but accepted? Gamers are always the brunt of jokes and ridicule. At least, those who are brave enough to let others know what they do both for fun and as a social experience. Blizzcon is like a big hug, a place where Blizzard gamers can be among their own people, and not have to worry about being judged.

Naturally, the socially awkward and sensitive tend to be very protective of their safe-zone. They don’t like it when outsiders come in and disrupt their happy place. This makes them critical of anyone who they feel might be disparaging them. Sensitive, you might say.

Thomas Middleditch, the host of the Contest portion of Blizzcon 2016, seemed to have little idea what he was signing up for. I’m sure he’d been briefed. I mean, dude is no slouch – Emmy-nominated actor for Outstanding Lead Actor in a Comedy Series for “Silicon Valley”. He clearly knows how to bring the funny. He also fits the “nerdy comedic gamer” niche that Blizzard seems to go for when it comes to booking hosts for Blizzcon.

Thomas tried. He did. Granted, even he admitted he wasn’t as prepared as he should have been. He cited being busy working 12 hour days, which is understandable given that he has a career to build on.  But by the end of his set, the live attendants didn’t seem too thrilled with him, and the online crowd openly hated him. They roasted him to the point where former host Jay Mohr piped up on Twitter offering support.

Jay brought up a few interesting observations, one of which I slapped at the top of this post. He cited it as the reason that most of the people who hosted prior to this refused to return for the gig. And honestly, I don’t blame them.

Comedy is subjective. Sometimes it hits, sometimes not. I’ve seen most of the previous hosts, both live and on Youtube or Virtual Ticket. And while it is important to be able to laugh at yourself and not take things too seriously, poking fun at socially awkward gamers at Blizzcon is like going to a gun convention and cracking wise about the guy who buys the biggest guns to make up for his other shortcomings.

Penis. I’m saying he buys big guns because he has a little penis. Point being, it doesn’t go over well.

To Blizzard’s credit, they make tremendous games. Games so good that they generate passionate fans. And be it games, antique cars, or geode crystals, nobody likes it when someone takes a pot shot at something they are passionate about. They get defensive, lash out, and Jay Mohr takes his paycheck and says “Later nerds!”

I blame Blizzard… or whoever does the bookings. But since it’s Blizzcon, Blizz has to take the hit on this one. Why?

Every Blizzcon it seems like it becomes harder and harder to fill that hosting spot. As Jay Mohr pointed out, there’s a reason for that. After what happened at Blizzcon 2016, I think it might be time to veer off the path a little.

Blizzcon 2017 is only about 340 days away. Clock’s ticking… and I doubt there will be a lineup of people knocking on Blizzard’s door looking for the hosting gig this time around.

Comments Off on Stopping the Blizzcon Bullying