Whether you’re talking about profession mounts, recouping raiding losses, or buying a piece of cute transmog gear, the reality is that shit isn’t cheap in World of Warcraft.

There is zero shortage of ways to make gold in World of Warcraft. Put in the time, #DOWERK, and reap the rewards. Works in RL, works in game. But sometimes your schedule won’t allow for a one, two, five, ten hour grinding session for farming, or to knock out the profession quests that keep gold making potential locked away.

So here’s a couple of quick ways to put some scratch in your pocket that doesn’t involve a bunch of farming. You don’t even need professions. Hell, you don’t even need to leave Dalaran. Doesn’t get much easier than that, does it?

There you are. Three easy ways to make some fairly substantial gold. Leave a comment below if you have any quick gold tip, or if you use these ones and make a nice slice of gold.

Comments Off on Earn Gold Fast in Patch 7.1.5

Making Gold With a Boosted 100

Hey, Im started play wow i bought legion, and i have boost to 100 lvl. Can you tell how i can make money on token using only my 100lvl character (obviously i will exp too)?

My reply was this:

While you’re leveling, use gathering professions (skinning and herbalism is probably the easiest). Sell the mats. When you reach 110 and you have access to the Obliterum Forge, drop Herbalism and pick up Leatherworking. Use skins to make Legion leather gear, obliterate it, make Obliterum, sell.

Even if you just use Skinning, with a market value of 5g per Stonehide Leather (usually more for Stonescale), you’d have to sell about 18,000 skins to buy a token (with an estimated price of 90,000 gp). Most of the things you kill will either be skinnable or Herbalised (see most plant creatures in Val’sharah).  There’s places you can farm both skins and herbs, or you can just gather up the mats through regular leveling.

This is by no means the be all, end all. There are plenty of other tips now that I think of it. Maybe I’ll post more another time. If you have any tips you’d like to share, leave them in the comments below. DOWN DERE!

Comments Off on Making Gold With a Boosted 100 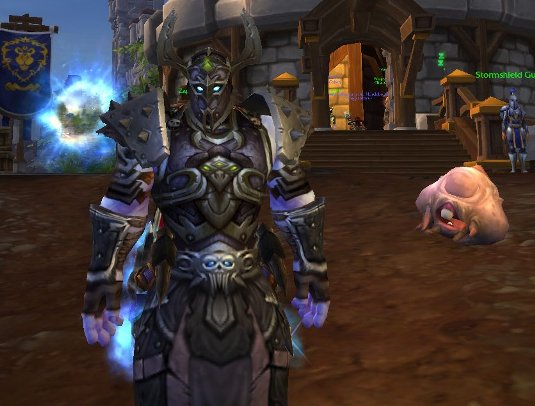 Legion will be here in a few short months. More importantly, the gold making garrison grind will be gone in a few short months. Followers with the Treasure Hunter ability will become Super Scavengers, and treasure hunting missions will reward garrison resources rather than gold. I’d been using the passive gold making with my army of alts to buy tokens so that I could play for free. There’s a real possibility that this will go away once the garrison changes go live.

As a casual player, I simply do not have the time to devote to hardcore gold making on multiple alts, just to earn enough gold to buy tokens per month. Yes I could farm raids, or milk every last gold-making drop out of every garrison, on every alt. Right now, spending about fifteen minutes a day makes me enough gold to get a token every week or so. When the gold missions disappear, that gold generation time is going to balloon to well over an hour. If I want to do anything in-game beyond making gold, I simply won’t have the time for it. I’d be making gold to buy tokens to get game time to make gold to buy tokens etc.

However, I did read a reddit post where there was a discussion regarding the gold farming potential of a Demon Hunter. The tips that were covered in the post could easily be used for any current level 100 character, and from what I was reading it seemed possible to earn enough gold to buy a token using only one character. Sure, it would only be a token per month rather than per week, but it would certainly be much easier to focus on a single character rather than ten. Most of my alts exist only to generate garrison gold. If I no longer had to focus on all of them, I’d probably be able to enjoy keeping the focus on just one or two.

Anyway, here is the information I pulled from the reddit post. I may experiment with this for the next few weeks, which means reducing my garrison grind. If it keeps me playing for free, with a little pocket change on the side, all the better. The post references Demon Hunters, but like I said, it could just as easily apply to any level 100 character.

Engineering & Alchemy as professions (speed-levelable very cheap despite not needing 700 skill for Legion) and Scribe/Alch buildings for max post-patch profit with a Trading Post. They can power out Sky Golems each month and mass produce Card of Omens and Alchemical Catalysts.

It’s currently not clear how the shipyard will be effected with 7.0, so that’s on hold. If shipyards remain profitable with an independent supply of Oil, then a lvl 3 garrison is viable and also allows for Rush Orders from follower missions for small buildings.

As Engineers they will be wonderful mount farmers with fast teleporting to Area 52, Pandaria, Northrend & Draenor, if/when I have time for weekly runs.

Better processes may come out, but I’ve been dodging Inscription huts for the longest time (despite hearing what great gold-making potential they have). Might be time to give them a chance. Plus, you can never have too many ports (a la Engineering). Now’s the time to shuffle things around.

Unless you’re playing Overwatch. Then you’ve probably got other things taking up your every waking moment.

Comments Off on Garrison Life in Legion

We have long been at the stage in Warlords of Draenor where we, as players, start making shit up. The raids have been raided, the dungeons have been, uh, dungeoned. The content has been seen. At this point, many players unsub or just walk away from the game. Others start creating their own things to do. And some look ahead and start to prepare for Legion.

I’ve decided that I’d start working on the second and third point. Starting with my professions.

WoD had a shaky relationship with professions, depending on how you looked at it. Say what you will, it turned out to be a great way to start a fresh profession and level it up. Legion beta might have something significant to say about it, but since we really won’t know how beneficial professions will be in the next expansion, it doesn’t hurt to be prepared.

No, not the TeeVee Church thing. Professions, I’m talking about professions here.

I’ve decided to make sure my main is finished with everything, profession-wise. When Legion drops, I don’t want to have to play catch-up and potentially lose out on a golden (or gold-making) opportunity. Therefore, I plan on ensuring every profession is capped. Archaeology will be the most mind-numbing I think, unless I try to get my Level 3 fishing shack for my garrison.

Have you maxed out all the professions on your main? Do you care about the professions at all? Let me know in the comments below what you thought of professions in WoD and if you plan on doing anything with them in Legion!

Comments Off on The 700 Club

Making Gold With Alchemy in Patch 6.2.2 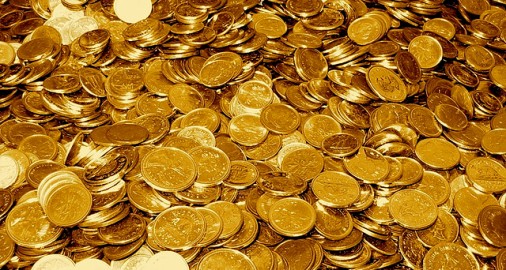 Okay Internet, here’s the deal. It’s no surprise that Warlords of Draenor had its shortcomings. One of which, one that surprised a whole lot of people, is the general shatting on of professions. They really didn’t feel all that important, despite the fact that WoD made it easier than ever to level the damn things up. In fact, there’s no better time to start a new profession since it’s that easy to get it from 1-700.

But that’s not this post. Another post maybe (hey, someone write that down as a post idea) but not this one. This post is about using professions, in this case Alchemy, to make some easy gold with a little flip.

Remember how Alchemy was such a big gold maker in other expansions? Damn, I probably had four characters with alchemy because the transmutes were just raking in the gold. Well in WoD that all went to Hell and generally if people made any coin on Alchemy, it was from raid flasks.

But here’s a little flip you can use to make some straight-up pocket change. You can buy the mats off the AH, or make them yourself to increase your profit. But if the market allows, this is what you want to buy –

Combine those to make Draenic Philosopher’s Stone that vendors for 25.31 gold. That may not seem like much, but I hit the AH and doubled my investment in like five minutes.

Credit for this goes to Oldbess (of course) and here’s his video to walk you through the process, if you need some visual aids.

Check out his other profession flip vids and see if there’s a way to really monetize the skills that Blizzard blew off.

That… that sounds kind of dirtier than I intended. Still, use dem skills. Make dat gold.

Comments Off on Making Gold With Alchemy in Patch 6.2.2