What’s with all the violence!?

Pet Battles are great. There I said it.

They can be an excellent way to level your character. They’re great PVP for those who couldn’t fight their way through a wet Kleenex. They’re also yet another way to play World of Warcraft. Get out there, take on other Battle Masters around the globe(s), and win!

Those “in the know” like to have certain pets. Standard pets really, the kind that you should be running if you’re worth your salt as a Pet Battler. The Unborn Val’kyr is one of those “top shelf” kind of pets that one should have in their stable. So if you want to be a Master Battler, check out the video below to find out how to get one of these pets for yourself.

By this point, I had become adept at killing much like a baby is adept at filling its diapers with green horror-paste. Between the guidance of Icy Veins and my own Death Knightly skillzone, possessing Clockem was inevitable.  All I had to do was get through one last rank of opposition.  That’s all.

But Clockem watched me from the vendor shelf and decided he didn’t want to be my new Fight Friend.  Maybe there was something in my Death Knight’s style that he felt made me unworthy to possess him.  Maybe he saw the madness that possessed my Death Knight when he fought and thought that fighting for a crazy person was no way to go through life, even when that life existed only to fight for crazy people.

Clockem had the industrious notion to make sure he was protected from being Pokemon-napped by executing his own agenda, and that was Operation: Rank Three Will Kick You In The Dick.  This even applies if the one being kicked has no dick to speak of, which reflects the impressive aggression of the plan.

My thought was this:  Bitch, you have spiked boxing gloves on the ends of your life-stealing arms.  You are going to use those gloves to beat rabbits and frogs into bloody pulps, and you will do so for my general amusement.  I will step on the necks of every Rank Three opponent, throw a fistful of coins at the vendor, and Clockem will begin to dine on a full diet of violence and blood.

Blat – Slime.  Unpleasant.  Nasty. Hose yourself off after this fight.  Death Knight feedback:

Sanoriak – This flaming lizard will light you up in short order if you’re not paying attention.  This is a fight about interrupts, movement, and beating this thing down.

Mazhareen – Another fight that looks simple on paper.  She’s another hockey fight, just straight-up melee.  However, her damage ramps up as he health decreases so skip the foreplay and get right down to business.

There you have it.  If you’ve made it this far, you are now a Rank Four member of the Brawler’s Guild.  Clockem can’t hide any longer.  Come forth, minion, and be counted in the pet stable! 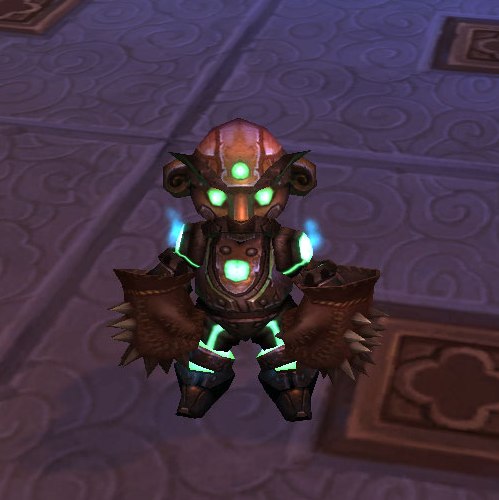 What’s that you ask?  That sound would be me tooting my own horn to an obscene degree.  My Death Knight girded his loins and walked through the Rank One opposition without so much as breaking a sweat.  Thanks, Icy Veins (the website, not the ones twisting through my body) for your helpful advice.

With Rank One cinched firmly under my belt, I stepped up for the first fight of Rank Two.  I felt my confidence rise to an absurd level when a cute little penguin named Dippy appeared before me.  I thought that maybe he was the entertainment before the first Rank Two boss stepped out.  But no, apparently he would be the one my Death Knight would be cutting up into steaks.  I almost felt bad for what was about to happen.

A few seconds later, I really did feel bad.  And by “bad” I mean “dead”.  Dippy couldn’t have twisted my shit faster if he’d put it through a blender.  I had just been curb stomped, American History X style, by a bird in a tuxedo.  Back I went to Icy Veins, and this is what I did to get through Rank Two.

Kirrawk – Chicken man who poops tornadoes and throws lightning.   A tip from a Death Knight on wringing this guy’s neck:

King Kulaka – This big lizard is just a hockey fight.  Drop gloves, grab jersey, throw hands until someone drops.  Feedback from one Death Knight who dropped the King on its Head:

That’s it for Rank Two.  One more rank to go before Clockem becomes yet another pet in the stable!

When I was deep into my Pet Battle madness, I was tipped off to the existence of a mechanical gnome pet with spiked boxing gloves.  This vicious contraption was only available through the Brawler’s Guild at Rank 4.  This became my mission.  Clockem would be mine.

Numerous deathmurders later, I decided to look online for anything that could help me get through to Rank 4.  And since of course they would have it, icy-veins.com brought the wisdom in a big bad way.  Following their guides, I was able to get myself to Rank 4 without too much of a problem.  There were occasional repeat beatings to my bloody torso, but in the end I peeled Clockem out of their cold dead hands and made him mine.

Thanks to icy-veins.com, this is how I did it.  This is how you can do it too.

Bruce – A giant gator. Not too tough if you’re paying attention.

Vian the Volatile – Caster dude.  A Death Knight tip for killing this schmuck:

Goredome – He gores you with his dome. A Death Knight tip to cracking this dome:

Dungeon Master Vishas: Roll a d20 and hope for a crit against this uber nerd and boss mob for Rank One.  A couple of Death Knight tips for victory:

Comments Off on Brawler’s Guild – Rank One for Death Knights

Pros and Cons of Leveling Through Pet Battles

My currently grinding Death Knight has had the pleasure of stomping his way through level 86 to his current halfway point in 88, all just by doing Pet Battles.  Even at a real casual, non-stressful pace I’ve managed to… well, not dread the leveling experience.  Call it burnout, call it Post Traumatic Leveling Disorder, but Pet Battles has been just what the doctor ordered.

Or Nurse, as the case may be.

As my Death Knight closed in on level 89, I started to wonder if maybe I should start questing in Dread Wastes once I crested.  Thankfully for blog content, I decided to weigh the pros and cons of leveling via Pet Battles rather than by traditional questing.

Pro: Depending on where you are picking your battles, Pet Battles can bring in more XP per hour than questing, if you can knock them off back to back.  Zhu’s Watch in Krasarang Wild is a great spot with plenty of battle pets roaming around, if you’re sick of fighting the ones in the Vale of Eternal Blossom.

Con: Well, any loot you get from Pet Battles is going to be something for buffing your pet.    You can level from 85 to 90 by running Pet Battles until your eyes bleed, but at the end of the day you’re still going to be wearing the same level 85 gear you started with in Pandaria.  Quests give you gear you’ll be able to use to get into dungeons.

Pro: There is an entire section of Achievement Points dedicated to Pet Battles.  Most of them really aren’t that hard to get, and if you’re levelling up through Pet Battles you’ll probably get a great deal of them by default.  While you might not get gear from unlocking these achievements, you will get some titles as well as more pets (the Celestial Dragon is BEAST MODE for Pet Battles.)

Con: You don’t make any gold by winning Pet Battles.  You get gold rewards by completing quests, and if you get a quest reward that you don’t really need, you can sell it and double dip into the gold pool.

Pro: You can make gold by buying level one blue pets off the auction house on the cheap, then selling them for a hefty profit once you level them to 20 (or 25 if you feel ambitious).  I would suggest stopping before 25 because you might get some people who want the achievement for getting a certain family of pet to 25.  I’ve bought pets for 300gp and sold them for 3000gp.

Con: Well there’s a few things here where Pet Battles might come up short.  You’ll have zero rep at level 90, locking you out of valor and justice gear.  But that won’t matter since you won’t have any justice points due to lack of running dungeons on the way to 90.  Good luck getting into heroics having never set foot in the regular dungeons to start with.  And aside from a handful of zones, you really won’t see much of Pandaria since you’ll only be grinding in a couple of spots on the entire continent.

Pro: The reason I decided to level through Pet Battles is because I’d already run the quests a few times and wanted something different.  I’m not suggesting you level this way on your Main.  This is more for the person who wants to level their alt a different way, a little more casually while still progressing in levels.  You can start a battle, toss a load of wet laundry in the dryer, and finish the battle.  Nice and painless.

I’m certainly not saying that Pet Battles is the best way to level.  Questing is still king, since it provides everything you need as you level – you learn your class through combat, you get experience, gold, and gear.  You gain rep with various factions, some of which you might actually need.   But if you’re rather dive into a swimming pool filled with syringes rather than play with yaks one more time, Pet Battles are definitely a great way to level up. 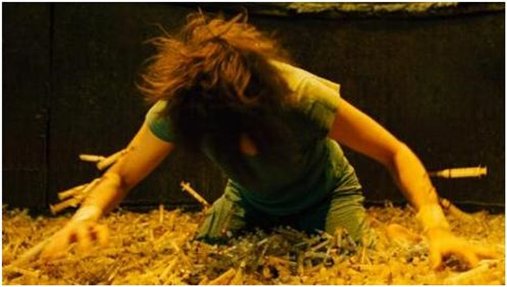