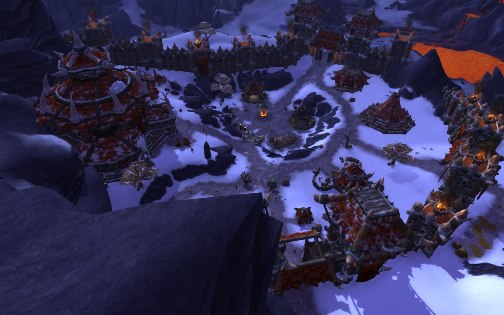 This place looks like it was built by scavengers.

Everyone likes gold. Can’t ever get enough of it. But in Warlords of Draenor, garrison resources are a currency unto itself. You can’t run missions without it. It’s what gets buildings built and upgraded in your garrison. Et cetera, et cetera.

When it comes to your elite team of garrison followers, it never hurts to have a couple three four Scavenger followers to help bring in some of those sweet sweet resources. So you better make sure that if they’re taking up a spot on your starting lineup, they’ve got the skills to get the job done.

Speaking of min-maxing ubermensch, the folks over at MMO-Champion sat down and weighed stats, crunched numbers, and did what they do. What they came up with is a list of effective ability counters for Scavenger followers, from best to absolutely horrible.

So if you’re shopping for Scavenger followers, use this list to tell the difference between a prime rib follower and a follower that’s pure hot dog meat. That’s right, nothing but lips and arseholes.

Comments Off on Garrison Scavenger Team 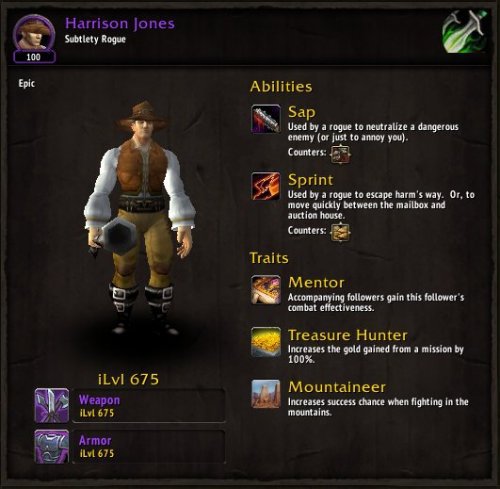 This man knows how to set the bar high.

When you’re trying to put together a team of Treasure Hunters, you want them to be successful. You want to load your crew with Treasure Hunters who have superior abilities that will bring success. Success that is measured in piles of gold.

So when you go to your Inn and tell your Headhunter that you’re looking to hire Treasure Hunters, how can you tell which of the three prospects will be the best choice? Much like everything else in this game, the awesome number-crunching nerds over at MMO-Champion have tested and calculated which follower abilities are the most effective.

This is what they came up with, from the top down:

On Tuesday, when you go to the Inn to get another Treasure Hunter, don’t make your selection based on cute names and pretty armor. Pick the prospect that will make you some gold.

Because gold… is good.

Comments Off on Garrison Treasure Team

MMO Champion was kind enough to discuss my new mount – the Obsidian Nightwing, available July 17 2012.  It will be available through the Recruit-A-Friend program, replacing the X-53 Touring Rocket.

Here’s why this is awesome:

I’m sure people will bitch and moan about this mount – it looks ugly, it’s a reskinned something or other.  But I looked high and low, and could not find a single reason to give a shit what people think of it.