Hey Rokk, why won’t my garrison give me any of those rare missions?  You know, the good ones that give me Elixirs of the Rapid Mind or that cool looking mount that looks like someone shaved down King Kong?

IT DOESN’T MATTER WHAT YOUR NAME IS!

Back to your question. It’s like this – garrison missions aren’t just about your followers. They’re about you too. I know that seems pretty out there, since follower missions are usually about kitting up your followers and sending them on their way. Well if you’re wondering why your alts never seem to unlock those sweet, sweet rare missions then wonder no longer! MadSeasonShow created this video awhile ago, and I’ve been meaning to show it some love for months. So check it out and discover the Secret to Unlocking WoW Rare Garrison Missions!

Now there’s plenty of things to look forward to in World of Warcaft: Legion. At least, there’s plenty of things that Blizzard tells us we can look forward to. But I will reserve judgement on everything until the expansion goes live. There’s been too many features that we were told were coming in an expansion, and then never came. From the capital cities and multiple garrisons in WoD right down to the, yawn, Dance Studio in Wrath of the Lich King (a feature that was listed on the damn box), Blizzard will hold back or outright deny features if they so choose.

Any-dang-way, when I was reading about some of the features that were going to be coming with Legion, I saw one that I was glad to see (and yet still a bit optimistic about) and it’s not even a Legion feature.

That somewhat surprised me, until I saw that they only mentioned visiting the garrisons. They don’t mention the availability of follower missions. I can see them letting players visit their garrisons, since Blizzard pushed the damn things to be like player housing. From monuments to juke boxes, they wanted garrisons to be the one-stop shop so players never had to leave.

Personally I hope they still remain a viable source of gold making. Sure they’ve been nerfed, but I can still pull in 10-15k per week for only a few minutes of work. OP sure maybe, but at least a revenue stream will be one less issue I’ll have to think about when Legion comes around.

Blasphemous I know, but I’d rather have garrisons generating gold than have flight. There I said it.

… something something Demon Hunters look cool sure okay.

Comments Off on Best Feature in Legion 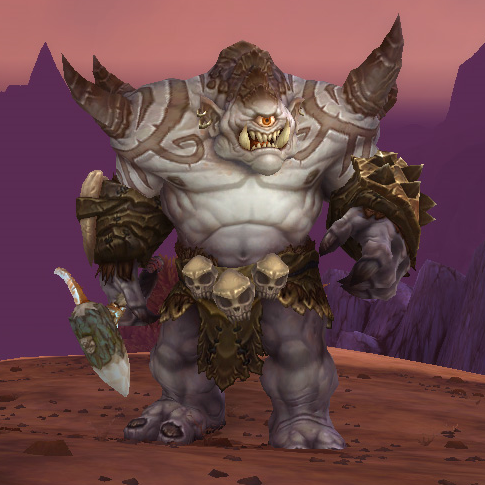 Me love it when plan comes together.

In the Warlords of Draenor expansion, a crack commando unit was developed by a military leader to help fight a war against the Iron Horde. These men soon realized that Lore be damned, this was all about the phat loots. So today they survive as soldiers of fortune. If you have a problem, if no one else can help, and if you can find them….maybe you can hire The Super Team.

When it comes to garrison followers, it’s nice to have an A-Team, a Super Team, that you can count on. A team of specialists that will 100% any follower mission your garrison can throw at you. When it comes to free raid gear, or a pile of apexis crystals, you want a team that’ll go out there and bring back the goods… damn near every time.

Some followers are born great, and others have greatness thrust upon them. To make this team, you’re going to need the former. Time to get a bit racist, but in a good and non-oppressive way.

I normally go with Pleasure-Bot (Mechanical), Blook or Tormmok (Ogre), and Leorajh or Goldmane (Wildling). These three are the easiest to get, since they’re just standing around various corners of Draenor with their thumbs in their butts until you wander along and recruit them.

They’ll do, is what I’m saying here.

You’re going to need two of Winning With Wildlings, Grease Monkey Guide, Guide to Arakkoa Relations, or Ogre Buddy Handbook consumable items, depending on the three followers you selected. The beauty of the system is now you can select where to put the trait when you train them. In the past, there was a chance that one racial affinity could overwrite another through pure random bad luck. Not anymore. Now you can select which ones your followers will have.

By setting up your followers in this way, these three will be all you’ll need to knock out those tough garrison missions. That means more room for Treasure Hunters. Cha-ching!

The Fury of Hellfire comes June 23rd. Patch 6.2, with its shipyards and flying and possible *gulp* nerf to garrison missions?

Excuse me while I cry in my giant pile of gold.

Comments Off on Patch 6.2 – Fury of Hellfire

Like pretty much everyone who plays World of Warcraft, I have a morning routine that I tend to follow. I wake up, put the coffee on, and let the dog out. While the pooch does its business, I do mine. I log into WoW and deal with the various garrison missions and daily cooldowns. Usually I have to do that for a few characters so I let the dog back in and pour myself a cup of coffee before I finish up with the delegation of garrison duties.

What happens next usually depends on my day – if I’m working, well I go to work. If I happen to have the day off, I usually have a plan to focus on one character. That means I’ll either level them up, use them to level up battle pets, run old raids or dungeons for transmog gear/pets/gold, or find something else’s face to kill.

There’s no shortage of things to do, is what I’m saying. Those things also tend to change from week to week.

My last post was about the Brawler’s Guild. My plan at the time was to run through the seven ranks and unlock the heirloom fist weapons, the title, and so on. The problem I ran into was that some classes are better at certain fights than others, and while I enjoy using my Monk there were a few fights that were elevating my blood pressure to unhealthy levels. As much as I wanted the fist weapons, I wanted to avoid giving myself a stroke even more.

For my own well-being, I turned my attention to something a little more stable – the Stables. Now I’m not what you’d call a mount collector, per se. As long as I can get from Point A to Point B at 100% movement speed, it doesn’t matter if I do it on a horned zebra or a spectral tiger. Just get me there faster than my running speed. But one day I was standing in Stormwind on a bank alt when I was eclipsed by a huge mountain of fur and ugly – the trained icehoof mount. It was big. It was different. It was something I could relate to. So the monk’s new purpose went from Brawler’s Guild to clefthoof rustling.

You’d need a black belt to ride this beast.

After running the daily stable quest for a few days, I decided to use some of my spare time to log on with a warrior that I was hoping to push to 100. While he was questing I queued him for a random battleground. Something different, you know? Sure I’d probably get smashed but it’d be a change of pace. But my warrior, well he killed some folk. And when he killed those folk, and people noticed and healers healed me, he killed more folk.

My 100 Fury Warrior soon found himself outfitted with the Gladiator’s Sanctum in his garrison. More motivation, and goals to kill. Also, people to kill. This meant that I needed to collect piles of broken bones, so off to Ashran I went.

I found out two things once I got there. First, not many people were running Ashran anymore, at least not on the Alliance side. I discovered this when I asked to be invited into a raid and was met with the sound of crickets. I started running around the zone, trying to find a group of Alliance folk that I could ask directly. I covered a whole lot of ground before I found anyone.

When I did finally find people, I made my second discovery. The second thing I found was that my computer is old. A handful of Alliance folk were standing at the top of a hill, looking down at an empty crossroad. I ran by them, hoping to gain their attention with my fearless approach to what could have been an ambush. That’s when my computer finally started rendering the huge mob of Horde players killing people left and right. By the time I could see that I’d just stuck my head and shoulders into a big red meat grinder, I was hanging with the spirit healer. This happened a few times before I finally dropped my settings to Fair. I ran out of time for the day so I couldn’t tell how much that would help with the renderings, if at all.

Fast forward to this morning. I put the coffee on and let the dog out, then started up WoW. At the character select screen, I stopped. I actually didn’t know what to do. I had time to check out some garrison missions on a couple of characters, but who was I going to focus on? What did I want to do?

The mount? It had been a few days since I did the daily to train the mount I wanted. I’d actually almost forgotten about it.

PVP? There didn’t seem to be a point in doing anything with the Gladiator Sanctum due to Ashran being an apparent lost cause. So was I gearing up a PVP character for running BG’s?

Raiding? The Ashran meat grinder incident made me question whether I would even be able to run a raid without lagging out to death. More experimentation was going to be necessary before I took that step.

Pet Battles? Really? Was I paying 15 bucks a month to play Pokemon?

In the end I just logged out, sipped my coffee, and went to work.

Sometimes the best thing to do, is nothing at all.