I was wondering when Critical Role was going to get themselves an “official” theme. They’re a multi-million dollar business now, so they should be taking the reins on all their intellectual property, including the opening title for their show.

Just like every other release, I’ll be playing the Hell out of this one too.

Of all the things you can do in RPG’s, dying is by far the easiest.

In TTRPG’s, bouncing back from death can be little more than a pesky setback. Back in “the day” there were consequences to coming back from the dead. The revived character lost stats, levels, and eventually those penalties just piled up to the point where you had no choice but to let go.

These days, if you’ve got the gold Death can be an inconvenience, depending on the RPG you’re playing. In D&D 5e and Pathfinder, you have to make rolls to avoid dying. But once you die, break out a diamond and cast the spell. BOOM! Back in the action!

I feel like maybe there’s an opportunity to make things interesting when trying to revive a companion. Something that gets the party involved. Something that adds to the stakes.

Matt Mercer, the Dungeon Master for the Critical Role crew, had homebrewed a resurrection system that I thought was interesting. The Dungeon Coach also had thoughts on the matter, and discussed his homebrewed approach to the whole resurrection situation.

Me Likey, so Me Showy. Here’s The Dungeon Coach discussing his Resurrection Challenge System for 5e!

Comments Off on Resurrection Challenge System

Well here it is… the end of the Mighty Nein and Critical Role’s second campaign.

There’s always going to be the comparisons between both campaigns. People will have their opinions as to which one was better. I don’t think either were poor, but each definitely had a different feel to it. Campaign One had characters reacting to the story arcs, while Campaign Two had the characters creating the story arcs for the most part. The first one was about the story, the second were about the characters.

I am very curious to hear the Talks Machina campaign wrap-up, because it felt for the longest time that there were potentially multiple chances to get a different BBEG. I know Lucien was always going to go after Molly (had he lived) but was the plan for him to be the End Boss the entire time? For Vox Machina, most of the story arcs had elements that linked them to the main story and Vecna. The Mighty Nein had what felt like several mini-campaigns throughout the main campaign, with the last one happening to have Lucien in it.

Still, congrats to the cast for wrapping up two entertaining campaigns. Hopefully we don’t have to wait too long for the third!

Creative Director Marisha Ray has a special update on the return of Critical Role! The good news: it’s almost Thursday…

Comments Off on State of the Role: Critical Role Return Updates 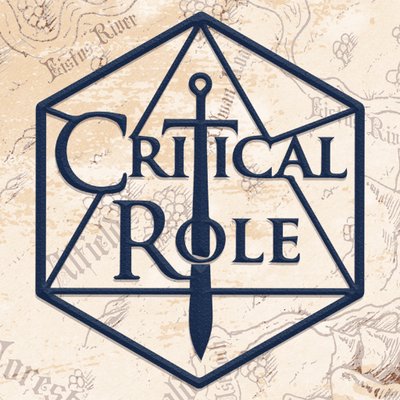 The Mighty Nein, having arrived at the oasis menagerie, must now protect both themselves and the fragile garden denizens from the danger barreling toward them…

Comments Off on Critical Role – Episode 96