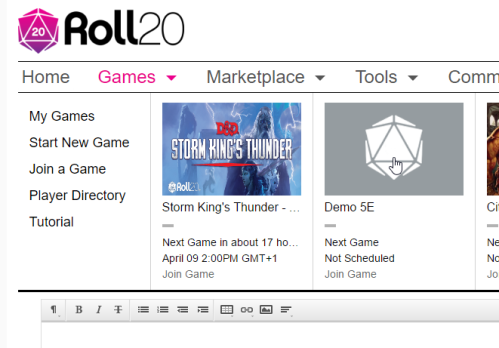 Well, I did it. Not like I had much of a choice.

Due to the plague sweeping the world, I, like many other tabletop RPG’ers, had to take my game from the tabletop to one a little more virtual. Luckily I had started using Roll20 with our tabletop games to project maps. I had a television that I would set down on some foam blocks, put a piece of plexiglass over it, and use the game’s “Fog of War” to reveal the map while my players moved their physical miniatures across the gridscape.

But now everyone was in lockdown. And since my players were also family members of mine, I really didn’t want to drop the game. So, over the course of a couple of weeks, everyone made their own Roll20 accounts. Once they were set up, we would log in at various times and troubleshoot the sound aspect of the system. I had a decent Razer headset with a mic, so my setup was pretty solid. Everyone else would be using the built-in mics and speakers from their laptops.

As far as bare-bones went,  this would be fine. We did our soundchecks and things worked well enough to try a session. Everyone would be able to attend and participate. Still, I wasn’t expecting miracles. I wasn’t even expecting good. I was expecting a rough session with bugs.

I was not disappointed.

However, in the end we had a successful session. There’s things to work on during downtime (including me fighting the urge to buy headsets for all of my players), but all in all, we were able to get together in the only way we could escape the real world for awhile.

And these days, that counts for alot.

Posted on April 6, 2020, in Blog and tagged Roll 20, RPG, TTRPG. Bookmark the permalink. Comments Off on Remote Uncontrol.