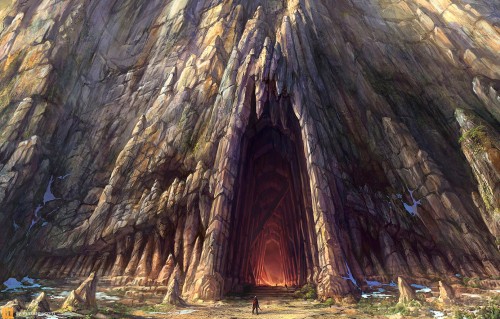 This is a summary of my Pathfinder group’s game sessions. The group, the Guardians of Golarion, have been at this for over a year now and seem to be enjoying themselves so far. I don’t know if people are interested in this sort of thing, but I thought I’d post it for the sake of practice if nothing else.

Also, if you’re one of the players in my group I suggest you not read these summary sessions. Stick to the summaries on our World Anvil campaign page. What I post here may include potential spoilers for the Second Darkness campaign. More accurately, my take on the campaign. I have made several changes to this particular Pathfinder Adventure Path, which I will discuss in another post.

If you are interested in previous session summaries, you can check out the World Anvil page I mentioned above and catch up by clicking the episode links there. This will be a work in progress, and I will evolve these posts over time.

Staring down two drow mages casting Fireball spells, Shen Stroheim and Rooker Shango braced for incineration. The casting was halted by the intervention of Nolveniss Azrinae and the masked man the Guardians of Golarion had met previously.

Nolveniss studied Rooker and Shen, then told the masked man he called “apprentice” to take Rooker below to join the others. The mages held their action, the trigger word hanging on their lips, ready to blast both Rooker and Shen if they stepped out of line. The apprentice took Rooker below, leaving Shen with the leader of the drow incursion in Celwynvian. Nolveniss looked into the pit and saw the body of the recently deceased Ella. He commented that she appeared to be one of his earlier experiments. That was a long time ago, and since then he had fine-tuned the ritual used to create ashblood orcs. He then spoke a command word, and Ella rose to her feet. She then exploded. Nolveniss was amused.

Nolveniss then turned his attention to Shen. He told the young man that it had been he who had removed the tongue of Master Barretto and recently had done more than that. He produced what appeared to be Master Barretto’s face. Blood began dripping from Shen’s blindfold. “This is for killing my dragon,” Nolveniss said coldly.”

In a telepathic rush, Shen’s last thoughts flooded Sir Godric’s mind before Shen’s head exploded. Meanwhile, Sir Godric and the Guardians had begun to attack the apprentice. Godric then turned his attention to Nolveniss, but it was too late to either save Shen or stop the mage from teleporting away.

With the apprentice gravely injured, the Guardians began questioning him.

The injured drow wanted revenge against Nolveniss but did not expect to survive the attempt. While the Guardians went to examine the rest of the cavern, the drow disappeared into the darkness.

Heavily laden with treasure, the Guardians rested within the dragon’s lair. The next morning they returned to the surface and started to make their way back to the elves staging area.

As they made their way through the city, the Guardians came across the remains of a recent ambush. There was a great deal of blood, but no bodies. However, they did discover the dagger belonging to Kaerishiel who had been on a supply mission with Fjord somewhere in the city. The Guardians chose to return to the camp, unload their supplies, then return to search for survivors of the ambush.