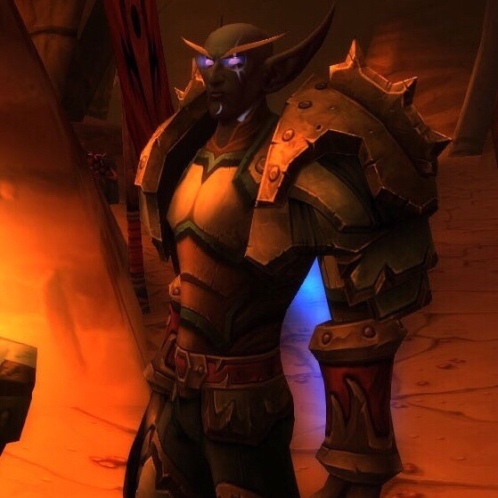 It had been over a month since I logged into World of Warcraft for any significant amount of time. Usually I would log in just to redistribute order hall resources so I could continue to use the class order hall to make gold via the Legion app. But that was it. Even after using some of that gold to buy tokens and purchase the pre-order for Battle for Azeroth, I still had little motivation to log into the game itself.

Then Real Life gaming brought it all around.

I had been playing the RPG game Pathfinder for several months. For those of you who might not understand what an RPG is without an MMO in front of it, we’re talking pen and paper Warcraft. Rolling dice, roleplaying, and slaying the dragon while being at the complete mercy of RNGesus.

One die to rule them all.

I had decided that I would start my own campaign for family and friends. Pathfinder has several well-written Adventure Paths, which are pre-generated campaigns. All the work is done for you. I started reading several of these, hoping to get some motivation and inspiration. I found one named Second Darkness, an older module that generally wasn’t very well reviewed. That appealed to me in the sense that it felt like it had some decent bones that I could build on.

It also featured the dark elves rarely seen in Pathfinder – the Drow.

Fast-forward to my planning session. The modified story was coming together, but the BBEG (Big Bad Evil Guy/Gal) wasn’t. I had a few ideas, but nothing really jumped into my heart. I decided to go to my other all-encompassing fantasy hobby, World of Warcraft, for inspiration.

That’s when I saw the screenshot for the Nightborne. The Drow.

And so, I was hooked. Again.

Have you played any of the new Allied Races yet? Which ones are your favorite? What do you like/dislike about them?