My Road to Gold 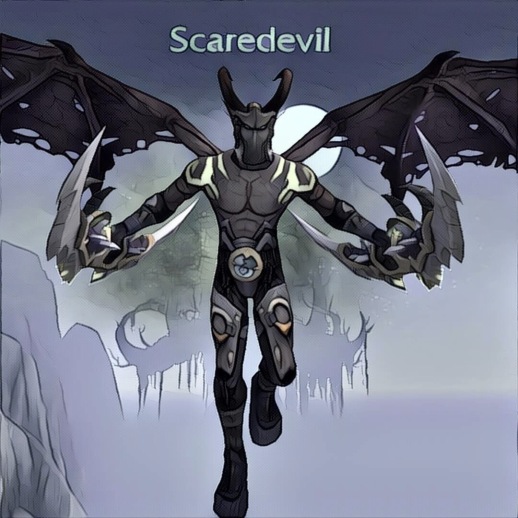 I have come to the point in the expansion that many of us arrive at when we hit the content like a starving person at an all-you-can-eat buffet.  I’m stuffed. Full. Pushing myself away from the table, and the mere sight of food makes me queasy.

Same with Legion. I’m at the point where Blizzard’s normal carrots really aren’t that appealing to me. I don’t have a Legendary, but then I don’t feel I need one. My iLevel is 852 on my main, which is good enough for the World Quests and Heroic Dungeons that I run. I raid in LFR, and most of that gear isn’t really an upgrade. I’ve levelled four characters to 110, which has now burned me out on running any more toons through the content unless I absolutely have to.

This morning, I got this.

So now, the final motivational grind has been achieved, or at least the first part of it. The pinnacle of the PVE, non-raiding content has been conquered. So… now what?

Well, I did what many of us do when we’re in this kind of situation.  I made shit up.

I decided to start a Demon Hunter on a new server, with no starting capital. I wanted to see how much gold I could make in a week. Levelling was not a major concern after getting his artifact weapon. Any XP gained was incidental, not intentional.

One of the main reasons I wanted to go with a DH was his mobility. When you’re running around killing things, the faster you can get around, the better. Also, by the time you finish running through your starting zone you’re level 100. Hit that current content, yo.

So after leaving the starting zone, getting his professions (Skinning and Herbalism), and picking up his artifact, I was ready to go. After setting up my grinding/farming route, I found that I could run in end-to-end in about 30 minutes. I selected spots that were either on (or very close to) flight paths to keep things moving quickly. I’d land, kill, loot, then mount up and continue on my way.

If I was fluent in Youtube, I’d make a video outlining the route. I’m passable with Paint Shop Pro, so I’ll make a map instead.

I won’t go into great detail since this might only help those with Herbalism and/or Skinning, but there are a few things here that help even if you don’t have those professions.

What makes this so valuable? Well, if you’ve got Herbalism you can pick up some very valuable herbs. If you have Skinning, you can grab plenty of animal skins on this route. If you have neither, looting things like Leyblood and Big Gamy Ribs can still be profitable as cooking mats that can be used to make valuable stat food. Same goes for fishing – stat foods, and not many people are doing it.

Does it work? It naturally depends on the server market, but I ran it for a week and managed to come away with about 23000 gold. Thirty minutes a day and I could make enough gold for a WoW Token a month.

Have you found a sweet farming spot you’d like to share? Let me know in the comments below if there’s a spot you like to use to make good.

Posted on December 10, 2016, in World of Warcraft and tagged Farming, Gold, Herbalism. Bookmark the permalink. Comments Off on My Road to Gold.