Time to conquer another planet, says the Super Villain-looking dude.

It has been eighteen hours of /play-time, and Odingreen has dinged 61. I don’t know if that’s a good or bad number. It’s like almost four levels per hour, which while abysmal at lower levels, by the mid 50’s or so that seems like some good pacing.

I’ve used one Elixir of the Rapid Mind for that 300% xp buff. These are best used in dungeons, sometime around boss kills and the time you hand in the dungeon quests. It persists through death, but as long as you don’t have a completely idiotic group you should be fine and maybe even squeeze off a level or two during a single run.

How has the experience been, asked no one but I’m suggesting it as a valid question anyway?

There have been some definite pros and cons, which I will now discuss.

If he had one of those captain hats, he’d look like Baron Von Strucker or someone equally Hydra-esque. Hail Marvel!

Much to consider. Until then, keep flexing! 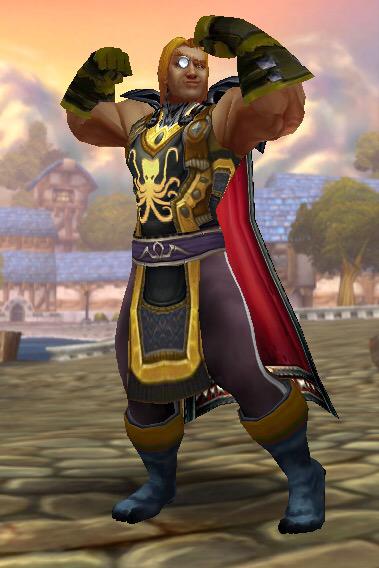