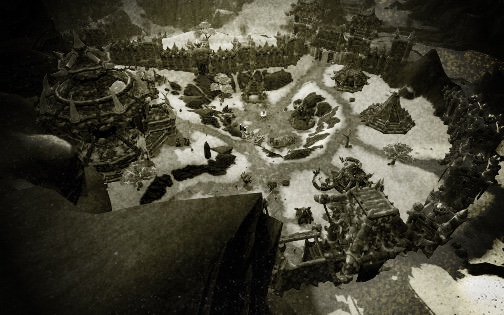 As of this post, I have thirteen characters at level 100. While this makes me question things about my life, and perhaps my sanity, I can freely admit that getting a character from 90 to 100 is the easiest part of the whole proceedings. The part that has always been, and continues to be, the biggest point of headache and frustration is getting the character’s garrison up to Level 3.

Despite Blizzard’s claim to the contrary, it actually is important to have a Level 3 garrison. It unlocks more plots to build garrison buildings, gives you access to the Harrison Jones quests which can buff your followers, lets you get into Heroic dungeons by passing the Proving Grounds, Tanaan Jungle Shipyards blah blah blah you get the idea.

Bottom line, you need that garrison pimped out to the max. It’s easy enough to get your garrison to Level 2; it’s just that last step to Level 3 that’s the biggest cramp in the buttocks. To get access to all the content that gives a level 100 toon something to do (via L3G), you’re going to need two things. First, you’re going to need two thousand garrison resources. Now depending on how you leveled your character, you might be close to having that already. You might even be at two thousand resources. But if you find yourself a little short, or a lot of short, here’s three ways to get your hands on the resources you’ll need.

Oh and by the way, since we’re talking about gold,  you’re going to need five thousand gold to level the garrison from Level 2 to Level 3. Again, depending on how you leveled you may already have the cash. But if you don’t, here’s three ways to pick up the necessary coin.

And there you have it. It’ll probably take longer to get the resources and gold than it would to level a character from 90 to 100. But once you have what you need, the World (of Warcraft) is your oyster!

Posted on September 23, 2015, in World of Warcraft and tagged Garrison, Garrison Resources, Gold, Leveling, Tips. Bookmark the permalink. Comments Off on Speed Leveling Your Garrison.