I Love This Bar

Yes, I’ll wait for you to get over the shock.

I’ll touch on this briefly. I leveled Deathrokk like so: enter zone, do quests until zone outpost is selected, do all bonus missions and grab some treasures along the way. Maybe, maybe a dungeon in there (all, what, one or two of them?). Rinse repeat. I feel like this one went quicker, but it was definitely a plus to level as Blood. I didn’t get a War Mill (barely got Garrison Level Two), and since I wasn’t really doing any questing anyway my main upgrades were the heirloom items. Ghetto gear FTW!

I focused a little on picking up some of the followers in the zone (as long as it didn’t involve running a long questline to unlock). That meant my follower roster was on the lower side once Deathrokk hit 100. I decided to pick up the Inn and buff that bad boy to lv 2. Treasure Hunter trait! MOAR MUNNIES!

Now that I had the Inn, I thought to myself “Self, you wanted an excuse to run dungeons. Do the Inn daily quests.”

“Yeah yeah. Let’s look at some of the perks though. If you do ten of the quests, you’ll unlock the Level Three Inn and get Treasure Hunter missions. You’ll also get some practice running tougher content, and maybe step up into raiding. LFR at least.”

“There’s also some pretty sweet upgrades and toys that could spice things up.”

Spice things up? What kind of toys are you talking about? Nipple clamps and feathers?

“Never mind. Now come on. What’s the worst thing that can happen?” 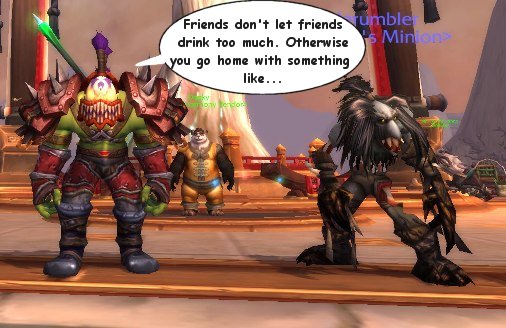 Sometimes waiting around at the Inn isn’t the worst thing. What you do there, is.

Well okay. I pulled a couple of the quests hopped into the queue.

I popped into Skyreach. I ran the instance, killed the end boss… but where the Hell was this Sky Crystal I was supposed to pick up? Wowhead claimed the crystal was sitting on the table just after the first boss. Strange. I read a bit further and Ta Daaaaa!

ONLY AVAILABLE IN HEROIC MODE! AS WERE MOST OF THE OTHER QUESTS! WHO RUNS HEROIC QUESTS ANYMORE!?

Okay, okay. Deathrokk hopped into the Proving Grounds and got Silver. Should be fine for Heroics. 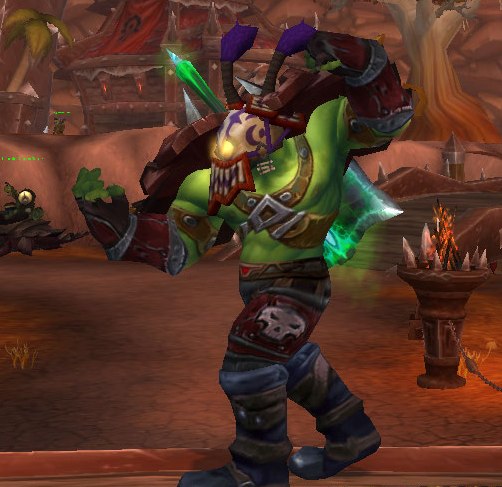 Damn fine, I must say.

Well I was almost there. I could just queue up for a regular dungeon, maybe get a gear upgrade and some experience running the dungeons before I stepped into Heroics. I’d just queue up and…

I understand now why all of this is associated with the Inn. I need a drink.

Posted on May 20, 2015, in World of Warcraft and tagged Deathrokk, Dungeons, Garrison, Gear, Heroics, Inn, Leveling. Bookmark the permalink. Comments Off on I Love This Bar.