As you might have heard from, well, all over Twitter and the various WoW news sites, Blizzard released some Q1 numbers and guess what? Yep, they dun lost about 3 million subscribers in three months. In three months, Blizzard managed to drop back to their Mists of Pandaria numbers pre-WoD. Yes, there’s always a drop in subscriptions during an expansion, but three million in three months? That’s pretty steep.

So why? Why did so many people pull the plug on WoW? I put the question out on Twitter and got much of the same responses: 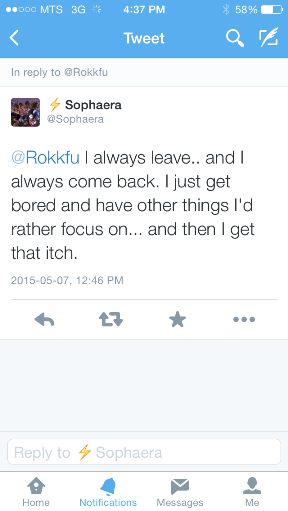 Now as someone who has just hit 100 on their eighth character (WTF is wrong with me), I feel much of this pain. I’m a casual player. A dirty casual, some take a great deal of pleasure in pointing out. Doing garrison missions on eight characters is just mind numbing. Log in, click a couple of buttons, gather gold and gear, and log out. Garrisons were interesting at the beginning, a fun little distraction. But it slowly evolved (or not so slowly, given the dropoff in three months) into a chore. Blizzard has used a retention mechanic to keep people logging in, and players have slowly resented it.

That feels like a theme with this expansion, really. Players resent a game function and Blizzard rubs salt in the wound. People are pissed at the lack of flying, Blizz tells them “Hey guess what, we’ve got another patch coming and still no flying. Nope, probably not in the next one either. Keep climbing trees and getting all the cute little treasures we’ve left for you.” People complain that garrisons are becoming a chore, so Blizzard gives them MOAR CHORES!

Honestly, it feels like Blizz has really dropped the ball on this. Leveling was easy, which is something I am thankful for. But there’s a reason I didn’t stop at two max level characters. If you don’t raid, what else is there to do at level 100? Apex crystal missions to get gear you can also get from doing nothing (aka garrison missions)? Sure, maybe if I have four hours an evening, every evening, I might care about mulling about trying to build reps for some kind of reward. I don’t know. Personally, it feels like the part of the game that gives me the most reward (gear and gold) is something I don’t even need to do. I don’t need to play my class at all. I could do it on my bank alt.

Bellular covered this topic in one of his recent videos. This video, actually.

I’ve touched on my disappointment in a previous post. I just hope Blizzard comes up with some compelling content that can staunch the bleeding and keep people from leaving the game in droves. But things like this –