Will the Warcraft Movie Suck

This post took a most unexpected turn as I wrote it. When I first started writing, the title was “Why the Warcraft Movie Will Suck.”

Believe it or not, my feelings on this movie had nothing to do with the banner image above that was released at Comic Con. No, my dislike for the movie started well before the trolls got all up in arms because “the font looks more like Starcraft rather than Warcraft” and “the logo doesn’t look like the game.” That was just secondhand chatter that I heard from online sources. If you want to see some real nerd venom, look at the Youtube comments for the Warcraft Logo clip.

Why don’t you just take the fucking official Warcraft logo instead of coming up with some shitty fanfiction-tier logo?﻿

That’s what I feared would happen with the movie.It’ll be a generic blockbuster kind of movie made by producers that aren’t fans of the Warcraft series and see this as a way to make money.You sir,have just confirmed all of our fears.We wanted a movie that would pay tribute to our universe,not another Die Hard 5 or 300 or whatever the fuck the other generic movies nowadays are.﻿

This is the level of nerd rage generated by a ten second clip of the fucking title credit. This is why Legendary is hoping to target fantasy movie fans, not just World of Warcraft fans. Anyone who has played WoW for any length of time knows how fanatical the fanbase can be. The fact that the movie is supposedly being shot with an Alliance bias is enough to have folks teary-eyed with fists tightly clenched, setting effigies of Chris Metzen on fire after peppering them with handfuls of their own warm and watery feces. You really don’t know what you’re going to get when it comes to the World of Warcraft fans. It’s a love/hate/lovehate kind of thing that needs to be monitored and controlled with medication.

Which leads me to defending a movie that I knew, I just knew, was going to suck brown toilet water. It still might, but I’m becoming less inclined to believe that.

Super Mario Brothers, Street Fighter, Mortal Kombat, Need For Speed, Max Payne, Hitman, Doom… I could go on, but you’re probably only semi-conscious due to the lack of oxygen generated from that whole list of suck. Video game movies are traditionally terrible, and despite being big winners on computers and consoles that win just doesn’t translate to the big screen. 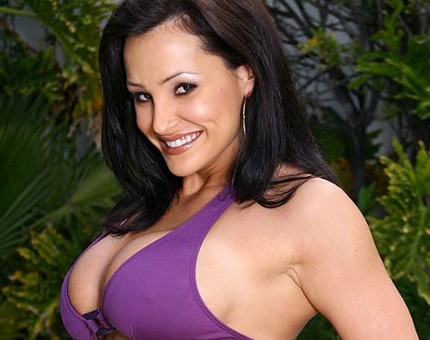 Warcraft is different. It has plot, substance, and history. Multiple novels have been written about the Warcraft universe. The canon is there, and with Chris Metzen co-producing as well as co-writing, the lore will not be ignored. Blizzard also has control over the script, so they’ll cram all the orcish goodness in that they want.

Fans lost it when Sam Raimi was tagged as being the director for the Warcraft movie. When he parted ways with Legendary and Blizzard Entertainment, Duncan Jones became The Guy. “Duncan Who?” Yeah, the guy at the helm of the Warcraft movie has all of two feature length movies under his belt, one of which has a Worldwide gross of nine million dollars. Nine. Million. Of course, his other movie made $147 million Worldwide (Source Code) which is nothing to sneeze at. It cost $32 million to make, but after promotion and so on that price tag was closer to to $50 million. Does he have the chops to handle a +$100 million dollar movie, crammed to the nuts with CGI effects and people in green suits with tennis balls glued to them?

Jones also wrote the movie along with Charles Leavitt (K-Pax, Blood Diamond, The Express). Neither man has had huge screenwriting success, nor have they had that much experience writing for movies. Chris Metzen, who pretty much built the Warcraft lore, was also involved in putting the script together for Warcraft. However, penning a movie script is much different than storyboarding a three minute cinematic.

People love celebrities, especially sexy ones. People will give a movie a chance if they know it has some good actors in it. Critics panned the fantasy crapfest that was Eragon, but they loved Jeremy Irons. A movie might not succeed because it has some A-List talent in it, but it couldn’t hurt to drum up interest. Still, properties that have had strong followings prior to being made into a movie have had successful movies despite having unknown actors in them. You just have to make them sexy actors. Twilight had a strong angst-teen girls/emotionally frustrated housewife following before coming to theaters, but they blew the roof off when they introduced a kid with abs.

Warcraft has kept the roles of their actors a secret (except for Ben Foster, who discussed playing Medivh). The cast, while not overly mainstream, seems very capable:

Second-stringers in some big budget movies.

Speculation is that the Warcraft movie will be based around the conflict of Lothar and Durotan. At SDCC, the plot of the movie was discussed a little and the theme of Orcs vs Humans was confirmed:

As to plot, the story will focus on the crux of the Warcraft universe: the battle between orcs and humans. As an origin story for Azeroth as we know it, Jones explained that the movie is meant to be accessible to both fans and non-fans — and, presumably, fans who follow Warcraft lore and fans who don’t. Warcraft will tell the story of the orc Durotan and the human Anduin Lothar, and the teaser was pretty evenly split between footage form the orc and human perspectives…. and it paints a picture of two races who are more similar than different, yet heading towards an inevitable (and violent) confrontation.

Did you catch the word “Teaser” in there? Because yes, there was a bit of a movie trailer that was shown at SDCC. It hasn’t been made public yet, but I will make the prediction here and now: They will reveal this Warcraft movie trailer again at Blizzcon 2014.

For those who can’t wait…

The footage shown looks like nothing more than an in-game cinematic — and if you’re familiar with Blizzard’s cinematics in World of Warcraft you know they look fantastic. The graphical style used in the trailer fits the somewhat cartoonish look of Warcraft well, but without making the characters look like goofy caricatures and CGI blends cleanly with live action elements. The orcs are apparently the creations of motion capture and CGI, mirroring the orcs of World of Warcraft’s game trailers more than the human actors who play them. Scenes in Stormwind Castle mirror the design style of the castle in World of Warcraft (just with much higher resolution), with the throne room being a spot-on match. And because it’s Warcraft, there’s plenty of fighting. Mages sling spells and a human on gryphon-back swoops down to attack an orc.

The actual movie has already finished filming. They were done back in May. But there’s alot of post-production work, which is to be expected. With a release date of March 11, 2016 they can take their time in getting things looking right.

Before I started writing this post, I was convinced it was going to suck. But the more I gave it serious thought, the more I looked at it objectively, the more I feel like it could have a shot at being a success. Basic math dictates that it will be a financial success for the studio and Blizzard: if seven million WoW fans pay fifteen bucks each to see this movie, it’ll earn $105 million dollars right there. But DVD sales are where there real money is made, and Blizzard will make sure that there will be enough extras included with the DVD (like a code for an in-game pet or mount, no question about it) that WoW players will fork over another twenty to thirty bucks for it.

But the story! The lore! Will the Warcraft movie pay tribute to its roots? Metzen is directly involved, and Blizzard Entertainment has veto power over the script. So if things come out looking like turd water, the fault will lie with Blizzard. As usual, many might say. Blame Celestalon – all the cool kids do.

Until we see something more substantial to go by, the line for the Warcraft movie in-game pet forms to the left.