My decision to write this article came from a number of things, one of which is that it is as cold as balls outside, and I just finished shoveling packed snow six inches deep out of my driveway.  I am therefore very ready for a vacation.  Again. 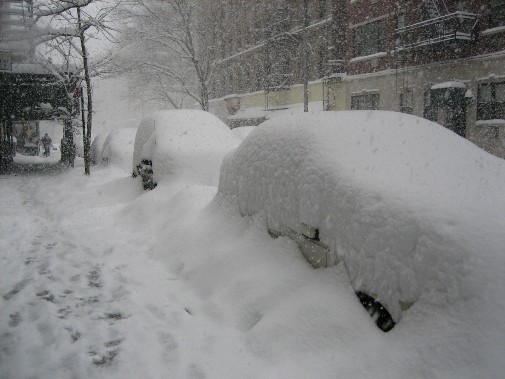 Why? Because fuck this, that’s why.

I say again, because exactly one month ago I left on a vacation.  On Boxing Day, I left the snowy wasteland of Canada and flew to Las Vegas for the weekend.  Mainly to watch UFC 155 in person, but getting out of the snow and relaxing for awhile was something not to overlook.  Also, come on.  Vegas baby.

The apparently odd thing about this trip was that I was going by myself.  I wasn’t travelling with anyone.  I wasn’t meeting anyone down there.  It was a vacation party of one.

This seemed to confuse and concern people.  I had family members who would tell me to be careful in Sin City.  I live in the Murder Capital of Canada, but in a city where giant billboards advertising hookers are driven down The Strip, the danger was much different.  Noted.  I would avoid evil billboard hookers.

Others, younger folk who seem to twitch and break into pimply sweats when they’re not in constant contact with their peeps, couldn’t imagine having any fun at all in Las Vegas without a gaggle of their friends going along for the ride.  What the Hell did these kids know anyway, I thought.  They’d probably just sit in their hotel rooms and text each other. 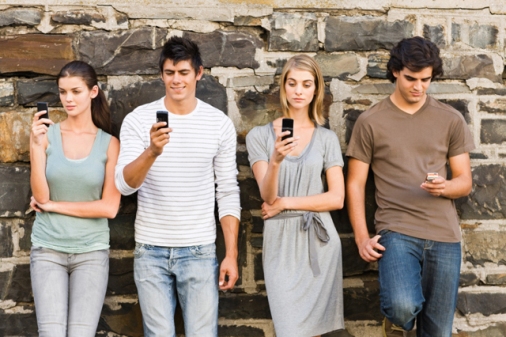 R we havin fun yet LOL

Another group of people repeatedly, and only half-jokingly, asked me to take them with me.  They’d either never been to Las Vegas or hadn’t been for awhile and wanted to go back.  Vegas was a fun place.  Who didn’t want to go there!

I went alone, and I enjoyed myself.  I drank margaritas out of glasses the length of my arm.  I walked up to the Roulette table and bet it all on Black (and by all I mean ten bucks).  I experienced it all – from big production shows like Cirque du Solei  and Penn & Teller, to the “baseball card” people along the Strip – and I had a blast.  And of course, I saw the UFC pay per view Live from MGM Grand Hotel and Casino in Las Vegas, Nevada where Cain Velasquez defeated Junior Dos Santos to regain the UFC Heavyweight Title.  I was in Anaheim when he won the title the first time, and I was there again when he regained it.  I guess you could say I’m his good luck charm.

When I returned home, alive and well, people asked the obligatory “how was your trip?”  I told them.  Surprisingly, most seemed almost envious that I went, and went alone.

So why couldn’t they?

I know people that just can’t bring themselves to go to a movie theater alone.  It makes them  feel “weird”.  They really want to see that new movie, but none of their friends can go and they feel weird going by themselves.   Maybe we’re social animals and to do something without a social circle feels abnormal.  Draw it out however you want.  The bottom line is that the only thing  really holding them back, is a bullshit excuse in their head.

It’s the same kind of situation with Las Vegas.  These people who were envious that I went by myself could do the exact same thing I did.  But too many of us miss out on opportunities because some miserable voice in our head tells us we shouldn’t do it.  That we can’t do it.

We miss out on Life’s offerings because we get in our own way and cock-block ourselves.

Of course you can’t!  Screw you and screw your tie!

So what does this have to do with World of Warcraft?

Nothing.  Everything.  It’s up to you to decide I guess.

Do you have a craving to do some PVP, but just can’t get yourself to do it because you “suck”?  You don’t suck, you’re inexperienced.  You do something enough times and you’ll get better.

Do you secretly wish you could get some of that sweet raiding gear, but write it off because “you have a life”?   Bullshit.  That’s fear talking. Fear of failure, of embarrassing yourself.  But it’s fear that you’re stuffing in your own head place.

If there’s one thing the tragedy that was my 2012 has taught me, it’s that Life is not a spectator’s sport, nor is it infinite.  Get involved.  Apply to that raid team.  Make that arena team.  Tell that cute waitress from the bar that she is cute, and ask if she wants to go out for coffee sometime.  You know, life lessons. As dramatic as it may seem, the day that just passed is one you’re never going to have again.  Each opportunity you deny yourself is one less that you’ll ever get to have.  Take a shot.

Time is finite, people.  Really enjoy it while you can.

“Death is always on the way, but the fact that you don’t know when it will arrive seems to take away from the finiteness of life. It’s that terrible precision that we hate so much. But because we don’t know, we get to think of life as an inexhaustible well. Yet everything happens a certain number of times, and a very small number, really. How many more times will you remember a certain afternoon of your childhood, some afternoon that’s so deeply a part of your being that you can’t even conceive of your life without it? Perhaps four or five times more. Perhaps not even. How many more times will you watch the full moon rise? Perhaps twenty. And yet it all seems limitless.”

Posted on January 26, 2013, in Blog and tagged Life. Bookmark the permalink. 2 Comments.