← The Chronicles of Hurc
WoW Achievement – To Honor One’s Elders → 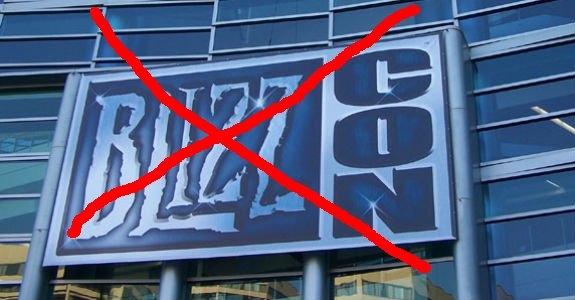 I first saw the news on Twitter.  Just a random short blub where someone mentioned they were disappointed that there would be no Blizzcon this year.

My first thought was “What the fuck?”.

My second thought was “Seriously, what the fuck?”

This had to be a joke, or some kind of mistake.  People always read shit into things, make up their own conclusions and chalk it up as fact.  That’s why people are stupid.   So I did a little research on my own, and unfortunately this wasn’t a mistake.  The words from Blizzard’s own mouth:

We’re excited to be showcasing Blizzard eSports on a truly global stage this year. We’re also heavily focused on getting Diablo III, Mists of Pandaria, and Heart of the Swarm into players’ hands as soon as possible. In light of our jam-packed schedule, we’ve decided to hold the next BlizzCon in 2013.

More details about the 2012 Battle.net World Championship and BlizzCon 2013, including specific dates and locations, will be coming in the months ahead.

The emphasis is mine, the bullshit theirs.  At least, I thought it was bullshit.   Looking on the brighter side, I won’t have to shell out several fistfuls of cash to attend this year.  If I really wanted to, I’m sure I could find something to fill the ‘con void.

Posted on January 28, 2012, in Blog and tagged Blizzcon, No Blizzcon. Bookmark the permalink. Comments Off on No Blizzcon 2012.

← The Chronicles of Hurc
WoW Achievement – To Honor One’s Elders →