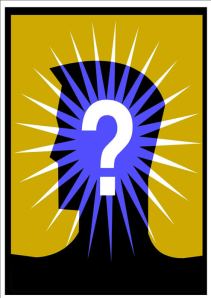 Jaedia, over at The Lazy Sniper, had posted a questionnaire that she had found during her blog-surfing.  I thought it was a good idea and decided to fill it out as well.  That was yesterday, the day before I slept wrong and woke up with a pounding headache, and a neck so out of place that when I roll my head from side to side it sounds like I’m stepping on bubble wrap.  And not in the good way.

So forgive the less than stellar replies.  They are, however, honest.

I haven’t done any raiding in WoW, due both to my work schedule keeping me out of town, and my inferior computer/internet connection.  I’ve done plenty of raiding in Everquest back in the day, which makes WoW raiding look even tamer.  No phasing for the most part, just muster up your raid and check to see what bosses are up in various zones.  Once you have a target, haul ass and race to it before another raid crashes your party.  Good times.

PVP does nothing for me.  Win or lose, I get honor points to buy gear and items with.  If I win I get it quicker, but the thought of grinding another player beneath my iron (yet digital) fist isn’t enough to fill me with the rampant “give a damn” a PVPer needs to succeed.

Every once in a while I’ll get the mojo for working on alts.  While I have a couple on the go currently, that’s mostly just to get them to 65 so they can be a profession mule.  I don’t have the time to devote to a bunch of toons.

I guess if I have to pick one of the four, I’m a farmer.  I farm the AH, I farm for professions, I farm for rep, or I farm for achievements.  I may not have time, but I have patience.

Since I don’t raid, I’m going to choose Wailing Cavern as my favorite dungeon.  That might change come Cataclysm, but between farming for the vanity pet and fishing for Deviate Fish, it was a nice place to make gold.

3. Number one choice for a new playable race?

Ogre.  Most of my characters in Everquest were Ogres.  I’m drawn to the big powerful dullards.  I play what I know.

4. Class you suck the most at?

I’ll have to say I’m not great at most of them, probably because they don’t interest me.  I like Warlocks but I’ve never leveled one to 20.  Shaman lost me at level 5, rogues maybe mid-teens.  I know what I like, and have little interest in developing skills to play classes that barely interest me.

I run the Original UI.  I have mods I use here and there, but none that will slam my game full-stop if they are “broken”.  I’ve seen too many people who run pretty UI’s, sob and stammer because the latest patch broke their UI and woe is them how will they ever play!  They can’t go back to the Original UI they just can’t!

You’d be surprised what you get used to, when you have to.

Tailoring, but I’m working on that.  Now if I could just level that alt…

The X-53 Touring rocket, the only two-seater flying mount in the game at the moment.

8. Nozdormu — friend or foe, you figure?

All I know is that I don’t want to mess with the Noz.

9. Useless item you have in your bank that you’ll never get rid of?

Nothing.  I don’t keep useless items.  Guess I’m not that sentimental.

10. Most expensive thing you’ve ever bought?

Due to my diet of alts, I tend to lose cash via epic flying mounts.

The Orc/Troll starting area.  It’s compact enough to level up and get around without running across the zone to complete quests.  That’s what the Barrens is for.

Being Exalted with the Mag’Har.  Although that might change once I complete the World Explorer achievement.

13. Darion Mograine VS Tirion Fordring, gloves off — winner is?

No idea.  I’ll wait for the movie.

14. Game music or your own playlist?

Definitely my own playlist.  I usually have the in-game music off.  However, the playlist isn’t necessarily music.  I’ll get my podcast on, or listen to various clips on Youtube.

15. Particular option or setting that you always toggle on a new alt/server?

I turn on the function to verify talent points.  Nothing more annoying than having to respec a new toon because I clicked somewhere I shouldn’t have.

16. Highest amount of levels gained in one play session?

Thirteen.  I’m pretty sure I could hear myself blink afterwards.

17. Thing you’d most like to experience or see in-game?

I think I might want to face the Lich King.  Maybe Illidan.

There’s so many bad ones, I can’t remember a specific moment.  I do recall being called out for having a poor Gearscore.  I was level twelve at the time.

Taking that poorly geared level twelve Mage and running the flag back in WSG.  I actually had someone cheering for me for running it back with a Gearscore of 2.

20. Worst quest ever that you totally hate doing?

I hate doing the phasing quests.  Twice I’ve had characters reach 80 before they needed the quests, but if I want to unlock dailies in the Shadow Vault or aboard the flying ships, I have to run these stupid questlines just to unlock the placeholders.

Start working on Crusader dailies to unlock the ones that make the real cash.

Herculano.  I can relate to him, so RP would be easy.

23. Keyboard, mouse, or both for using abilities?

I use both.  I’m trying to get into the habit of mouse turning, in case I need the ability one day.

I stopped using Thottbot about a month after I started playing WoW.  It was great for Everquest, not so much for WoW.  WoWhead is how I roll.

LOL.  I know what it stands for, I just don’t understand how something can be so mind-blowingly hillarious that a person would not only laugh out loud, but tell others they’re laughing out loud.

Did that guy ever get out of the outhouse?

The second or third week after release.  That’s usually when all the bugs have been assessed and stability issues are handled.

I haven’t made it to a Craft Faire yet, but I’m looking forward to it.

29. Level range you hate being in?

I guess it would be 50-58.  I’m almost in Outlands, where I’ll quickly receive gear upgrades, but not quite there yet.  The dungeon finder has taken the sting out of leveling though.  Maybe I should say 1-15, the time before you can queue up for the DF.

Any one that is not the Barrens.

Posted on June 29, 2010, in Blog. Bookmark the permalink. Comments Off on Don’t YouYou Like Meme?.