From Sea to Frozen Sea 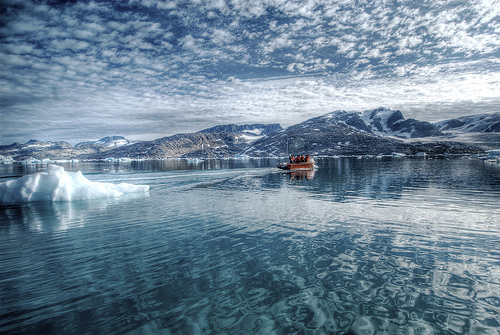 Two reasons.  The first is that it’s a day off, so shut up.  It could be Giant Scary Bunny Day for all I care.

Celebrate me or I will eat your soul.

The second reason is that I have more important things to research.

It would appear that I had stumbled upon an Achievement that I never thought I’d be interested in, yet was surprised how easy it was.  If nothing else, the greatest difficulty is in the time it takes to complete.  Not a big deal for Herculano, for unlike 99% of the gamer population and 75% of the North American population, I have patience.  Unlike the masses who feel they are entitled to all the goodies without putting in the work (ie the “I have a life” crowd), if the outcome is deemed worthy I will mindlessly perform whatever task is necessary to achieve it.  As many time as it takes.  As long as it takes.

Not everybody likes it when it’s over that quickly.

The task?  The Explorer title.

It was an interesting revelation as Herculano went through his JC Daily this past weekend.  For some reason I can’t explain (mostly due to the residual alcohol content in my system from the night before – if one glass of wine is healthy, surely a bottle of it washed down with an assortment of fermented hops-juice must be even better!) I opened his Achievement panel and started looking around.  Generally speaking I’m not an Achievement Hunter.  If I get one, it’s unintentional.  However, flipping through the “Explorer” subsection revealed that not only does completion of the achievement give you a title, but you get a nifty epic tabard simply by completing the sub-achievement of exploring all of Northrend.

While I did put in the time (and necklaces) to become Exalted with the Mag’Har and pick up their tabard, it couldn’t hurt to pick up another one.  Especially since I’d just have to sit on my Drake and fly around.  I thought to myself, how hard is that to do?  Why doesn’t everyone have this tabard?  Why does my mouth taste like kitty litter?

Some questions are best left unanswered.

After checking on the Explore Northrend tab of the Achievement, I was smacked with a Good News / Bad News scenario.  The good news was that most of the places that had to be explored were done.  There was maybe only one or two grey locations that needed to be found.  The bad news was that there was one or two undiscovered locations in almost every zone, including Sholazar Basin.  How do you not explore all of Sholazar Basin?  Most people nail that exploration nugget by accident!  Just fly around in a circle and poof!  Ten Achievement Points!

And so, with Gatorade washing an array of pills down my throat (seriously, there should be warning labels on alcohol bottles), I travelled from Icecrown to Dragonblight, from Borean Tundra to Howling Fjord.   All that time, with the wind whistling by and the rhythmatic flapping of the drake’s leathery wings, the pounding in my head downgraded from “Jackhammer” to “Fat Guy Tapdancing While Wearing Bowling Shoes”.  It was a zen moment, when both body and mind were at peace (more or less) and I had completed something.

I landed in Howling Fjord and rushed to the mailbox.  It might not have been something as snappy as a title, but with people so anxious to stand out from one another, to be a unique snowflake, something cosmetic as a tabard would certainly make a difference!  It wasn’t until actually returning to Dalaran, the first step of World Domination completed, that I took a look at the Tabard of the Explorer.

Well… I mean, I’ve seen worse tabards.  I can’t think of any offhand, but I know I’ve seen them.  This tabard, however, lasted all of ten seconds after I realised that I’d earned it by flying around.  I was never in any danger, it took little effort, after seeing a Night Elf Druid wearing the same tabard it was relegated to Bank status.  I garbed in my previous tabard, the one I put in some long hours to earn.  The one that not only looks snappy, but if you stare at it just right it looks like a giant H.

Still, the seeds have been planted.  Alexander the Great thought he was clever when he conquerored all of the known world.  Herculano the Explorer sounds much more epic, don’t you agree?

This is Herc the Merc.  Have a week.

Posted on May 24, 2010, in Blog and tagged Achievements, Easter, World Explorer. Bookmark the permalink. 1 Comment.