← Authentic Security
Tales from the PuG – You Are Not Your GearScore →

The Pug is The End 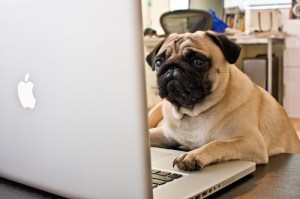 For the past couple of weeks I’ve been working on gearing up my Arms Warrior. The mighty Tauren is in line for a server / faction transfer to play with some people I know IRL. I wasn’t sure how long I was going to maintain the grind, forsaking my other characters for the Warrior. He’s been fun to use, and I’ve enjoyed running the LFG tool with him. Still, was I going get him a full T9 suit before making the move? Or, how would I know when it was time to let my other characters sink their teeth into the Emblems and mouth-breathers who farm them?

It came as a bit of a surprise. I’d forgotten that he’d already earned his title “the Patient” (he doesn’t wear the title – why would he?), but I hadn’t been paying attention to how close he was to the next part of the Achievement.

After returning from the completed PuG, the mighty Warrior checked his mailbox. Seems the jokesters at the WoW Dev Team decided to celebrate the achievement by taking a small, rodent-like canine and stuffed him in a box.

Looking down at the slobbering, bug-eyed pooch and watching it drag its butt across the snow, it hit me. Time to take a break. Perhaps the Tauren might put in his papers and ship off to Parts Unknown in the near future. His departure will cause some adjustments to be made in those left behind. Being an Inscriptor & Jewelcrafter was nice, but maybe the Inscription will have to be replaced with Blacksmithing. More gold going his way…

… and he’d just picked up Epic Flying, too.

Posted on January 24, 2010, in Blog and tagged Achievements, Battle Pets, Leveling, PUG. Bookmark the permalink. Comments Off on The Pug is The End.

← Authentic Security
Tales from the PuG – You Are Not Your GearScore →