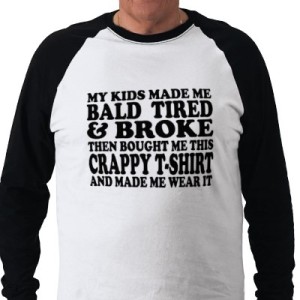 What is it about admitting you made a mistake that drives people around the bend? Is their ego so fragile that the slightest bruising has them slathering for justice? I don’t know when it happened, but there came a point when society decided it was better to be a victim rather than a fool. And so, the idiot wheels continue to turn.

Late for an appointment? They blame the stupid cop who pulled them over for speeding. It had nothing to do with the fact that they waited until the last minute to leave home.

Missed the deadline on that big report for work? They blame the terrible cold they came down with the day before the report was due and couldn’t get started. Somehow the part where they had three weeks to get it done manages to be overlooked.

Instead of accepting the fact that they made a mistake and learning from it, they pull their knees to their chest, curl up into a ball, and weep. “It’s not my fault,” they cry to anyone within earshot. They feel they did nothing wrong. They are simply a victim of circumstance.

Circumstances that they created. Again, a small matter that gets swept under the pity rug.

Now the poor victims are at it again. This time, they’re crying the blues about purple.

With the release of Patch 3.3, a new faction was introduced to the game – the Ashen Verdict. This faction is related to the (also new) Icecrown Citadel. To grind this beast, you have to run the instances/raids associated with ICC. Plenty of nifty purple recipes can be purchased from the Ashen Verdict Quartermaster, including the two new ammo types – Shatter Rounds and Iceblade Arrows.

This new ammunition is very good, and very cheap to make. However, the controversy surrounding these ammo types comes from people using the Auction House. It would seem that there are some devious bastards out there. Generally when one posts character-created ammunition to the AH, it is done in stacks of 1000. These monsters are posting these new ammo types in stacks of one hundred, instead of the one thousand, but charging the full one thousand stack price.

I’ll give you a minute to catch your breath. Take your time. Better? Let’s continue.

The unfortunate victim of this so-called scam doesn’t have a chance. They buy their arrows, rush to the mailbox, and are horrified when they find out they’ve paid too much for what amounts to one-tenth of what they were expecting. And who can blame them for being deceived? It must be the Sellers, who exploit the Auction House UI. Quantity numbers are truncated when they get too large, making it difficult to tell the difference between the two types of stacks. Really, there’s no way to tell that the scam is in place.

Unless you pull your head from your sphincter.

Is this a scam? Well, if it is then it’s the worst scam ever. All you need to do, if you don’t want to be taken in, is read. But that’s the problem right there. People don’t want to read. They just want to click and click, and go on their merry way. They’re lazy, and don’t want to make the slightest effort. That’s why people put Ice Cold Milk up on the AH for ten gold after buying it from a vendor for one silver, and make an insane profit. People don’t want to research. That takes reading. Effort. Minimal, but effort nonetheless.

These evil sellers. They are the problem here, not the mouth-breather who can’t take the fraction of a second to read some numbers. Even that isn’t so much the issue as it is the buyer who loses their mind over being “conned”. They were fooled into buying the short stack. How could they have known? It isn’t their fault!

One-zero-dot-dot-dot, One-zero-zero. Who knew that’s all it would take to melt brain cells? This is why Gevlon never has a shortage of Moron screenshots on his site.

Oho, but what of karma? Is the Seller going to be hurt in the long run? Will people not trust them anymore for perpetrating such a horrible injustice on the AH public?

Yeah, right. Think about it – if a Buyer can’t take the time to tell the difference between a zero and a dot, do you think they’re going to pay attention to an entire string of letters that form some character’s name?

At the end of the day, the Lazy end up broke and with bruised egos. Sellers who short-stack continue the practice because people continue to fall for it.

Human Nature at its finest.

Posted on December 28, 2009, in Blog. Bookmark the permalink. Comments Off on Economic Darwinism.