Money Can Make Your World (of Warcraft) Go Round 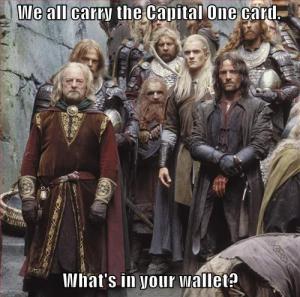 I was listening to the WoW Insider podcast recently, and during their discussion regarding what people would like to see in Cataclysm, one of the listeners emailed in to say that they would like to see more character slots per server. Many people already have ten characters on a server, and with two new races being introduced they’re going to need more. Okay, maybe the word “need” isn’t the right word there. It should be used here: these people “need” help.

It was around this time that Turpster, somewhat jokingly, mentioned that since Blizzard is getting their feet wet with the whole “microtransaction” business model (oh god not this again), maybe they could allow people to throw down a few bucks and unlock some character slots. One certain Michael Schramm protested this suggestion at first, stating it wouldn’t happen because microtransactions are not supposed to affect game play.

A failed argument (sorry Mike) but that got me thinking a little more about it. What exactly could Blizzard add to WoW in microtransaction form? To find the answer, I did what World of Warcraft often does – ripped off ideas from other MMO’s. In this case, I simply went to the most recent success story of microtransaction-based games. This just happened to be a certain Dungeons & Dragons Online.

At first wash, DDO does have many functions that definitely affect the game, albeit in minor ways. There are things like limited use (charges) items that give a minor buff to xp or loot gained, for example. However, I do feel there are things that Blizzard could introduce for a few dollars that don’t affect gameplay, yet players would shell out real cash money for. So with this inspiration, I came up with a few suggestions.

– Shared Bank Space: Instead of having players go through the whole “offering 5gp for guild signatures” to get a guild, then boot all the people from the guild just to get a huge guild bank, let players buy one. On the one hand, it could bear an impact in that it lets profession gurus load up on mats. On the other, people could just as easily mail their junk to alts, or guild bank alts.

– More Hairstyles: Players want their characters to shine like unique little snowflakes. They would pay for more hairstyles, different colors.

– Cosmetics : Makeup, or tattoos. Tell me this wouldn’t be a hot ticket item.

– Dance Studio: This is a no-brainer. People have been BEGGING for this since Wrath came out.

– Veteran Status: Okay, now this one should be less of a microtransaction and more of a paid service. I’ll put this here just for clarity sake, but essentially what this does is allow the player to start a character at a higher level on a new server. My suggestion would be allowing someone to start a character at 55 (same as the starting level of Death Knights), limited to a character class that the character has at 56 and up. Have a 58 druid and want to start a new one on a different server? Pay the cash and get a 55 druid, clad in what would be generic greens. Unlike many other items, services, and transactions, this one is something that people HAVE actually asked for and HAVE admitted they would pay for it.

What about you? What kind of microtransaction / service would you pay for?

Posted on December 3, 2009, in Blog. Bookmark the permalink. Comments Off on Money Can Make Your World (of Warcraft) Go Round.